The 10th annual Doug Brown Memorial Paralyzed Veterans of America Pheasant Hunt was held on 12 September 2022 at the Top Gun hunting lodge outside of Howard, SD. 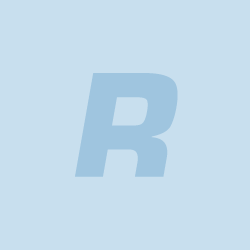 Military retirees and veterans receiving disability pay from the Department of Veterans Affairs are likely to see record monthly check increases for the second
year running thanks to the pace of inflation, according to new estimates. The annual VA disability pay and military retirement cost-of-living pay adjustment, known as COLA, is typically tied to the Social Security rate change, which will likely be announced in October.

An early projection based on national inflation data by The Senior Citizens League (TSCL), a nonpartisan senior advocacy nonprofit, estimates rates will
rise by 9.6%. That increase would be the highest veterans and seniors have seen since 1981, when it went up 11.2% in response to inflation at the time, according to a TSCL press release. For 2023, that means military retirees
would see an average increase of more than $240 in their monthly retirement checks. Veterans receiving disability compensation from the VA also would see
their monthly disability payments increase, with the average monthly amount going up by more than $150.

The VA says nearly 5.2 million veterans receive disability compensation, with an annual benefit of $18,858 as of 2021. According to the Defense Department, there are around 1.87 million military retirees, who had an annual average retirement payment of $30,265 in 2020, the most recent year for which
data was readily available.

The annual Social Security COLA increase is based on the Consumer Price Index for Urban Wage Earners and Clerical Workers (CPI-W), which is measured by the Department of Labor. The department takes a snapshot of the costs of a select group of goods and services and compares those costs to the
previous year. If there is an increase, retirees and many others receiving government benefits see a bump in their monthly payments for the upcoming
year. If those costs go down, the government payments will remain the same in the upcoming year.

TSCL's estimate is based on the CPI through July. But with several months left to go, the ultimate increase could vary slightly from the projection. For
example, if inflation continues to increase, the COLA raise could be as high as 10.01%, they said. If inflation falls below the recent average, the increase could
dip to 9.3%. The anticipated record increase would be the second year running of such bumps. For 2022, the raise was 5.9%, which followed an average 1.5% increase over the 10 years prior.